Using PowerPoint as an Image Editor

One of my favorite sources for PowerPoint information is Tom Kuhlmann, who writes the Rapid E-Learning blog. Tom has over 20 years of hands-on experience in the training industry and currently runs the community at Articulate. This is an edited version of a very useful post, used here with his permission.

Over the years, I’ve posted hundreds of tutorials using PowerPoint. Today I am going to cover five ways to use PowerPoint as an image editor. PowerPoint is great for quick image editing or for those who don’t have other image editors available.

Since we’re talking about PowerPoint as an image editor, the first tip is that whatever you create in PowerPoint can be saved as an image.

In the image below, I used PowerPoint to create the sandwich stack and then right-clicked to save as picture. 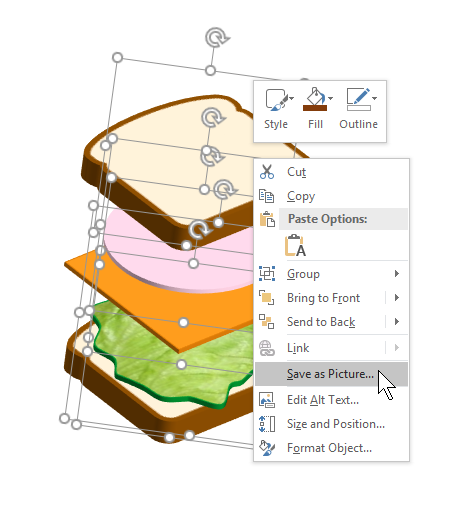 You can make a PowerPoint slide any size you want. By default, they’re 16:9. That and 4:3 are the most common aspect ratios. However, by going to the Design Tab you can set the slides to any size. That means they can be tall and skinny or short and wide.

Why would someone want to do that? Check out the tip below.

PowerPoint slides can be saved as images. That means you can add whatever you want to a slide, layer content, etc. and then save that slide as an image. I do this quite a bit when I need to quickly build graphics for my e-learning courses.

For example, the flashcard interaction in Rise is a 1:1 aspect ratio. So I make a PowerPoint slide that is 1:1 and add my content to the slide. It’s a great way to add titles and images to the flashcards to make them visually richer.

Once I’ve completed the slide, I save the PowerPoint slides as images (File – Save As and select an image option such as PNG or JPG) and insert them into the Rise interaction.

Using PowerPoint slides to create images is easy and it gives me more control over the images I use in my e-learning courses.

How to Extend a Photo’s Background

Sometimes you have images where the object is centered which makes it challenging to place other content on the screen. An easy way to fix this is to cut a slice from the image and stretch it. This lets you move the main object over and get some empty space for text or other content.

I also use this technique to quickly build slide layouts which I showed in this previous blog post on how to create a template from a single image. 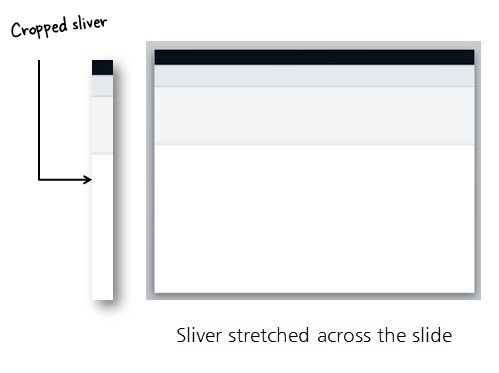 Tutorial: here’s a PowerPoint tutorial where I show two ways to extend the image: one where it’s really easy and one where the image doesn’t quite cooperate.

How to Remove Image Backgrounds in PowerPoint 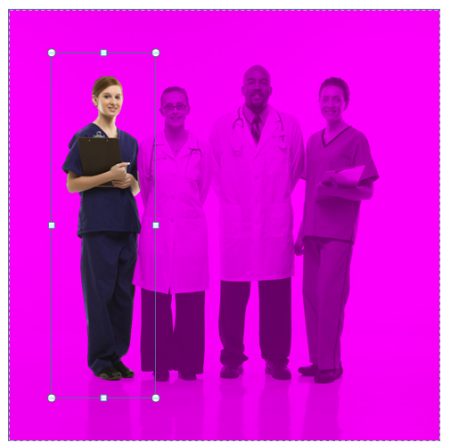 Tutorial: how to remove backgrounds of images in PowerPoint. Here’s an additional series of tutorials to help you customize how you use the background removal for effects.

As you can see, PowerPoint is a great tool for building simple illustrations or using it for quick graphics editing!